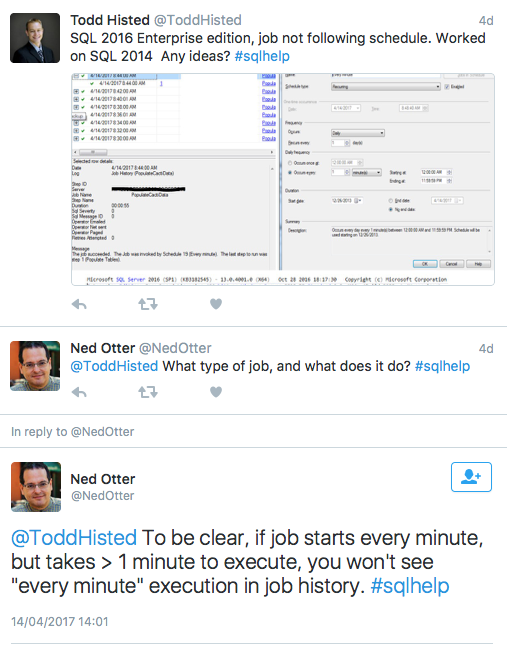 Here is a dirty little secret: most of us who live in single-time-zone countries are not comfortable with time zones. Hardly surprising given that we tend to treat wall clock time as a law of nature that only get adjusted twice a year. Now relating one’s day-to-day life to local time is all very well, but is this a good way to store timestamps in your data?

The simple solution is to store all times in UTC, and many systems are set up like that. The beauty of UTC is that it can be unambiguously translated to anything else you’d want as display time. However, once you are in the habit of storing local time – and more importantly, thinking in it – making the move could be a tricky culture shift.

We have a peculiar pitfall here in the UK, where local time happens to correspond to UTC during the winter months. This means that code written during the winter has a chance of showing up with a time zone bug when summer rolls around, either through straightforward confusion about what the code is persisting or as an integration problem where you thought both systems were speaking local time but it turns out that that one was UTC and one was local. Make no mistake, consistent use of UTC is a solid, simple solution, but that is easier said than done outside of greenfield development.
END_OF_DOCUMENT_TOKEN_TO_BE_REPLACED

Since the year dot, SQL Server’s native Datetime type has given us a resolution of 300 ticks per second. With the introduction of Datetime2 and DatetimeOffset in 2008, we now get up to 100ns resolution. For those who like the finer things in life, this appears to be cause for rejoicing.

Fun observation: if 100ns corresponded to 1 inch, 3.3ms translates to just over half a mile. That’s a pretty big difference in accuracy. Or should that be precision? Hmmmm, here’s a can of worms.
END_OF_DOCUMENT_TOKEN_TO_BE_REPLACED