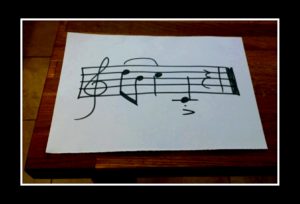 Quick refresher: the lazywriter maintains an internal 16-bit “clock hand” that counts seconds and thus rolls over every eighteen hours or so. Its current value is used as a cheap and easy way to measure the progress of time in places where we don’t care about absolute time, but only need the ability to note how many seconds have passed since a logged event.
END_OF_DOCUMENT_TOKEN_TO_BE_REPLACED

While researching my previous post on latch promotion, I came across an odd piece of magic that made me do a double take. And sleep on it. And tear out my hair. I took it on faith that this is more likely a clever algorithm than a brain fart, but I could not stop asking myself repeatedly…

What were they smoking?

The piece of code in question is really simple, involving the maintenance of the BUF structure’s breferences member, which notionally is a count of how many times the page has been touched since the page’s counters were last reset.
END_OF_DOCUMENT_TOKEN_TO_BE_REPLACED

In Part 3 I explained how this beast called the buffer latch cycle-based latch promotion threshold gets calculated and broadly what it means, but I didn’t tackle the obvious question of “who does what with this information?”. This post will tie some global settings together with per-buffer tracking to unravel the mystery of when a buffer latch is deemed hot enough to deserve a promotion. What I describe applies identically to SQL Server 2014 and SQL Server 2016, and it is likely that it wouldn’t have changed much from preceding versions, although I haven’t confirmed this.